Undoubtedly the symbol of Jordan, the most famous and visited attraction is the Nabatean city of Petra, nestled away in the mountains south of the Dead Sea. Petra, means "stone" in Greek, is perhaps the most spectacular ancient city remaining in the modern world.

Petra has been a UNESCO World Heritage site since 1985 and one of the New 7 Wonders of the World that enchants visitors from all corners of the Globe. UNESCO has described it as "one of the most precious cultural properties of man's cultural heritage".

The city was the capital of the Nabataeans. Arabs who settled and dominated in southern Jordan for more than 2000 years ago during pre-Roman times. They were particularly skillful in harvesting rainwater, agriculture and carved this wonderland of temples, tombs and elaborate buildings out of solid rock. Petra flourished in the 1st century AD, when its famous Khazneh or The Treasury structure – believed to be the mausoleum of Nabataean king Aretas IV – was constructed, and its population peaked at an estimated 20,000 inhabitants

The victorian traveler and poet Dean Burgon gave Petra a description which holds to this day -"Match me such a marvel save in Eastern clime, a rose-red city half as old as time."

Yet words can hardly do justice to the magnificence that is Petra. In order to best savor the atmosphere of this ancient wonder, visit in the quiet of the early morning or late afternoon when the sandstone rock glows red with quiet grandeur. It is certainly a must-see for visitors to Jordan and the Middle East. 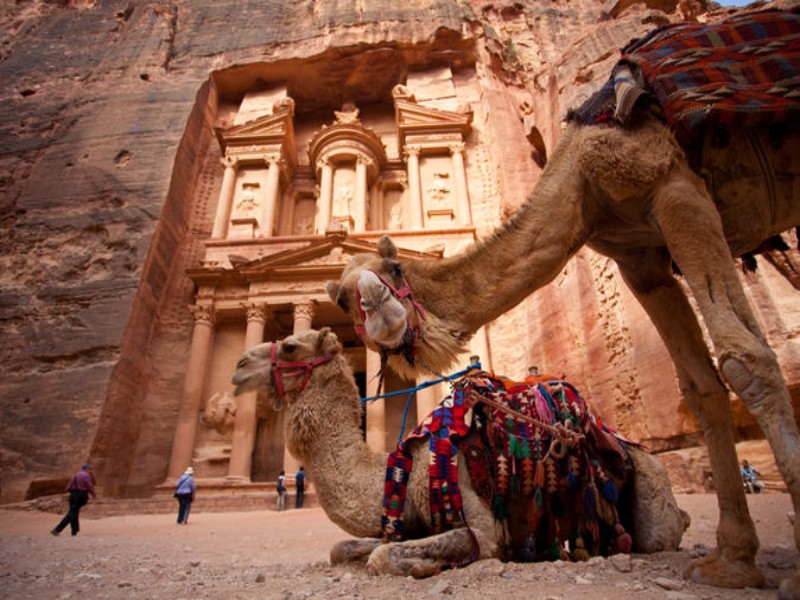