The Jordan Museum is located in Ras Al-Ein district of Amman, Jordan. Built in 2014, the museum is the largest museum in Jordan and hosts the country's most important archaeological findings.

The collections in the museum are arranged in chronological order and also features lecture halls, outdoor exhibitions, a library, a conservation centre and an area for children's activities.

The museum was established by a committee headed by Queen Rania, which became the only museum in Jordan to implement modern artifact preserving technologies.

The museum hosts animal bones dating back to 1.5 million years, Copper Scroll from the Dead Sea Scrolls, a copy of Mesha Stele. The Mesha Stele is a large black basalt stone that was erected in Moab and was inscribed by Moabite king Mesha, in which he lauds himself for the building projects that he initiated in Moab (modern day Al-Karak). 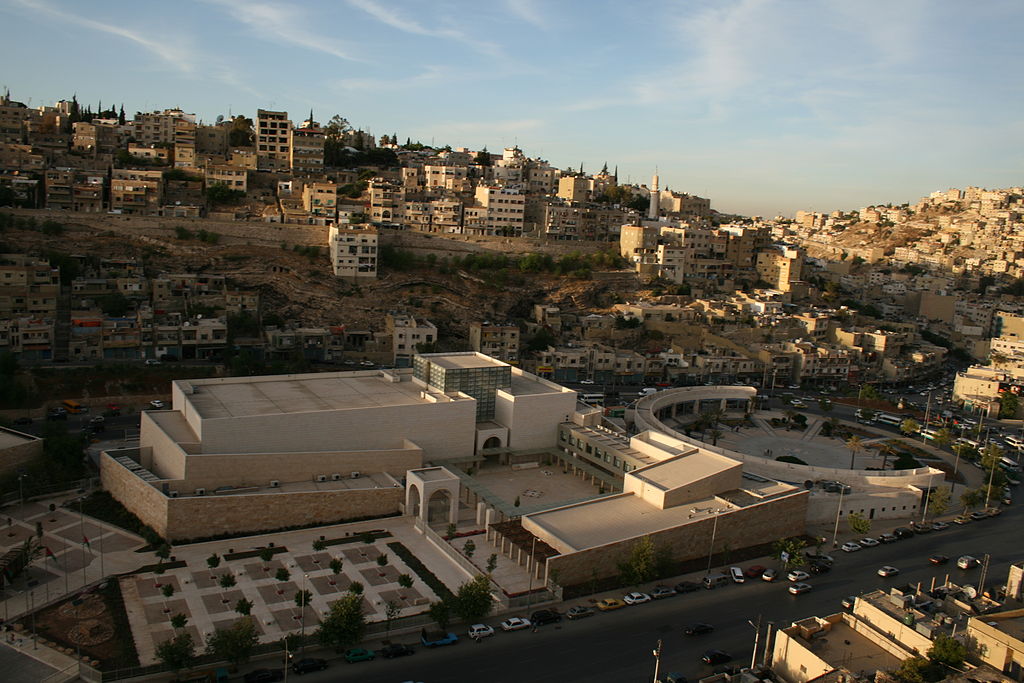