According to an inscription the temple was built when Geminius Marcianus was governor of the Province of Arabia (AD 162-166), in the same period as the Roman Theatre.

The temple is about 30 by 24 m (98 by 79 ft) wide and additional with an outer sanctum of 121 by 72 m (397 by 236 ft). The portico has six columns of 10 m (33 ft) tall. Archaeologists believe that since there are no remains of additional columns the temple was probably not finished, and the marble used to build the Byzantine Church nearby.

The site also contains fragments of a colossal partly stone statue, identified as Hercules and estimated to have been over 12 m (39 ft) tall. It was probably destroyed in an earthquake. All that remains are three fingers and an elbow. 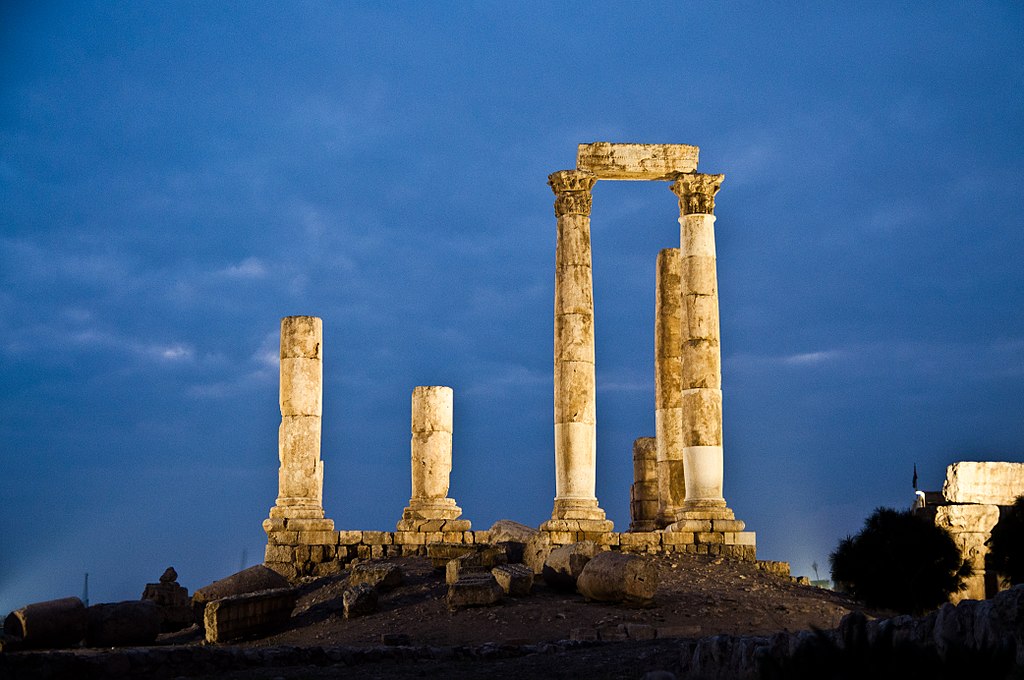